Over the course of the Earth’s 4.5-billion-year history, the climate has changed a lot. This is true. But the rapid warming we’re seeing now can't be explained by natural cycles of warming and cooling. The kind of changes that would normally happen over hundreds of thousands of years is happening in decades.

Global temperatures are now at their highest since records began, and before—since we now have the technology to study temperature fingerprints in ice core data. This much faster warming corresponds with levels of carbon dioxide in the atmosphere, which have been increasing since the industrial revolution: anthropogenic (man-made) climate change. 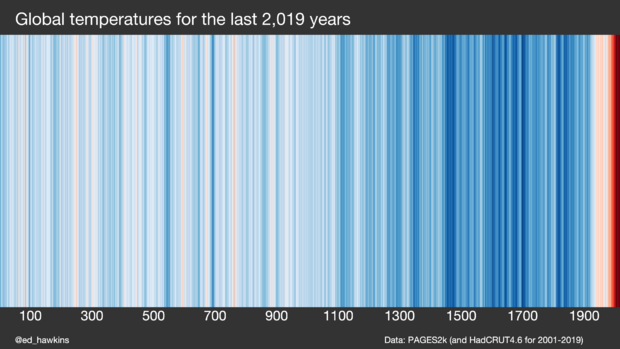 We see climate change affecting our planet from pole to pole. NOAA monitors global climate data and here are some of the changes NOAA has recorded. You can explore more at the Global Climate Dashboard.

After watching the above video, ask yourself and others: How can we stop the washing machine churning out of polar ice from the Beaufort Sea through the Fram Strait?

Misinformation that Says the Rest of our Solar System is Warming Too:

Still Not Sure If You Believe Climate Change Is An Urgent Issue?

Whether you are an environmental advocate or you don't believe in anthropogenic global warming...whether you are already working for carbon net-zero or you don't think the current warming trend is outside of Earth's natural cycles—You CAN see atmospheric pollution with your own eyes as smog and haze in areas where people populate densely and drive cars, such as Los Angeles, New Delhi, and so many other city centers. Can we all at least agree on that?

As for understanding the best and most current carbon-to-climate data, well, perhaps there is a sizable gulf between glancing at the numbers and believing they result in total polar ice melt, massive coastal flooding/land loss, and evaporation of groundwater.

And as far as the debate about climate change occurring in natural cycles, let's allow ourselves to imagine for just a minute that the current extreme global warming is a "natural cycle"—even still, the latest projections show imminent and extreme global warming (regardless of the cause) and so we have to ask: Why not try to stop our own extinction, whether we caused the warming or not?

The thing is, we are "there." Yes, there. At that moment when we each choose action or inaction.

Renewable energy sources, alternative vehicle fueling choices, and plastic replacements all exist. They might not be the best solutions or the whole solution, but they exist. At issue are availability and affordability. Why are alternatives scarce and expensive? Because big-business-vested-interest doesn't want the replacement of fossil fuels.

However, even if today we ended all future CO2 output from fossil fuels, the problem has gone too far for replacing fossil fuels alone to stop the exponential melting of the polar ice.

So, what can be done? In addition to widely sharing free energy sources, consider these—

1. Buy time by stopping the polar ice from leaving the Beaufort Sea through the Fram Strait. The counterclockwise current churns the ice cap as if it's in a washing machine. Due to warming trends, that ice has broken up into smaller pieces. At each rotation of the current, more and more polar ice is pushed right out of the Beaufort Sea through the Fram Strait. Once over the top of Greenland, the ice drop south, melts due to the naturally warmer temperature of the water it flows down into, and is lost to the Atlantic Ocean. Could we invent a way to surface dam the Fram Strait, allowing wildlife and currents to pass below while stopping the flush of polar ice?

Disappearing Arctic Sea Ice: a video showing how polar ice is becoming like choppy shaved ice and churning right out of the Fram Strait.

NASA on Climate Change: an overview of climate issues and urgency.

2. We must also capture CO2 currently in the Earth's atmosphere. As noted above, in order to stop the warming that melts polar ice, we have to reverse the greenhouse effect that traps heat. How can we best collect our CO2 and put this genie back in the bottle?

3. Something that everyone can do to take action is to buy food from eco-sustainable farms, rather than the products that came from factory farming and mass production industries, which are inhumane to animals and cause soil degradation and stripping and tremendous carbon impacts to the planet. Yet, how can eco-food sourcing be as convenient as shopping at the grocery store? There is a new kind of grocery store for eco farms and sustainable foods called ECO FARM FINDER where a consumer can connect with growers, producers, and farm-to-table eateries. When we return to our roots and eat eco-sustainable foods from eco-sustainable farms, we improve carbon cycles, increase the nutritional value of food, restore biodiversity, and regenerate our lands are all positive effects achieved through collective stewardship of the land. Eco Farm Finder makes sourcing eco foods and finding eco farm easy and convenient.

There is no Planet Two at this time, and even if there were—it would not likely be a gorgeous blue and green stunner like our Earth. Together, we'll keep her that way.

Join Penelope:
"What are you marinating in?"